SInce I increased the latency in SC there aren't any late messages anymore.

I tried the workaround with the reverb and delay effect. But I don't know excactly how to adjust delay, delayt, delayfb and room to achieve the classical legato sound. Maybe I have to experiment a bit more.
Another problem arrives when I add stut. Even with delay and reverb instead of legato the scratchiness comes again.

No further ideas anyone? The scratchiness is still there.

You could try changing the jack parameters, using an interface like qjackctl or on the commandline.

Or if you upgrade ubuntu to the latest LTS version you'll be on pipewire rather than pulseaudio/jack, which might work out better.

Finally maybe there's just something up with your audio device. You could try an external usb sound module or similar to see if that fixes it.

Sorry! I forgot to reply to this earlier. But basically, what yaxu said. Try different settings (specifically changing frame size and periods). Or other drivers / devices

i wonder if some of the latter options could help with Getting Tidal to run on a low-spec 32 bits system , will try

I had some issues with a laptop previously, that would exhibit similar symptoms on the built in audio card when it was doing cpu scaling. If I set the performance profile to "Performance" instead of "Powersave" and turned off Intel Boost it stabilised the audio quality.

I also have an 8th gen i7 machine (Lenovo TP T480) and I also tried changing cpu scaling from powersave to performance mode: no effect.

I tried different configurations with jack, but whenever I played the example I got xruns.

I also upgraded to 22.04 LTS but imo the sound got worse. I have no experiences with pipewire. Do I have to do some more configurations in SuperCollider? I am using the startup script from the TC documentation.

In addition I will try to get hold of an external soundcard.

As I read pulseaudio is still the default audio server in Ubuntu 22.04. I have to switch to pipewire manually. Maybe I will give this also a try.

I've had plenty of success with this:

Side note, pipewire provides apis for both pulseaudio client applications, and JACK aware applications - so you can still use the same tools you are used to using to manage

Ah sorry I thought it had already switched. I'm on popos 22.04 which has pipewire for sound and is ubuntu based. Looks like the upcoming ubuntu 22.10 has it too.

You could try if this helps you to find the problem: 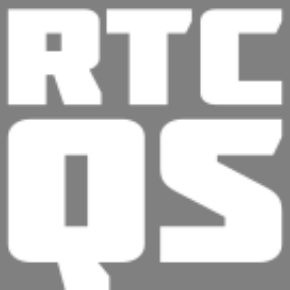 rtcqs is a Python utility to analyze your system and detect possible bottlenecks that could have a negative impact on the performance of your system when working with Linux audio.

Do you've a simple onboard soundcard or a good one?

Thanks for your hint. I tried rtcqs some time ago and optimised my system regarding. But I could not notice any improvements.
At the moment I use the internal Intel soundcard. As soon as I have some more time I will try to use a Fast Track Ultra 8R and/or pipewire.

Hi,
I am quite sure you are bound get problems by using the internal soundcard. At least in my experience there is much more headroom with an external USB device (I have a quite old Scarlett Focusrite 2i2 which works well). You might also have a look here to analyze your setup - but I doubt there will be any major improvements possible if you use the internal sound card.

jackd is not designed for consumer / desktop audio. You will need a reasonable good soundcard probably. I think all the usb audio devices that work on a ipad / ... works on Linux too.

Contrary to the above I've used jack with internal soundcards and had no problems for many years. I'm surprised there's a problem with a Lenovo T480.

Despite being fairly new, pipewire is really surprisingly good and easy to use. It emulates both jack and pulseaudio seamlessly, you can even use qjackctl or whatever to wire things up.. The only difference is the start/stop jack buttons don't do anything because pipewire is always running.

A huge plus for me is that it integrates all the sound devices together, so you can e.g. connect one soundcard to another, or output to more than one.. When performing I love that I can get everything running and tested on my internal soundcard, then plug into my USB di on stage, have it appear in jack so I can wire it up and play without restarting anything. It's the future!

Ok.
Connecting sound devices together should also be possible with jack.
http://kokkinizita.linuxaudio.org/linuxaudio/zita-ajbridge-doc/quickguide.html

How can I use multiple soundcards with JACK? | JACK Audio Connection Kit

JACK Audio Connection Kit | How can I use multiple soundcards with JACK?

Hm I can imagine that doing all the stuff Pipewire does, can also be a disadvantage. It's more complex in the background. But for newbies Pipewire might give benefits, such as easier to setup and support for bluetooth devices, I don't know. I've no real need for it atm and stick with what works.

Hopefully my future will be that I can hear some Tidal sounds.

I updated SuperCollider from 3.11.0 to 3.13.0-dev (compiled from source). The first run with the new SuperCollider looked promising: I got no xruns when using the # legato (irand 4) effect. But then I got some late messages. So, I increased the latency in the SuperCollider startup script. After rebooting the SC server I got the following error message:

Only rebooting the PC and starting SC again helps.
I'm about to take drastic action and install Tidal cycles on a Windows machine.

I don't think these drastic measures are the right approach. Patience.
Is buying a 25 Euro/$ ( Behringer U-Control UCA222) usb card a option, or is that too drastic as well?