I'm playing catch-up since I started way late on all this. Not super confident about it but here's my first creation.

Actually yes the up part sounds really nice, it's working very well towards the end, intricate but still clean and smooth.

Thanks ! yes it's all Tidal stock samples and synths. The texture is supercomparator run through crush. I agree that the wovel filter is very nice on bass drums (I realized that when @yaxu used it in one of his videos for some reason), and actually very usefull in general.

Upon relistening, I find I prefer the second, not expected, slower part !

Edit: I can't figure out the embed.

Here's my little thing. To be honest, I didn't read the brief properly and wanted to play with other things... sorry.

I've been wanting to get my head around layer[] for ages, and am making some inroads, but eh. I realise this is beyond the scope of this thread and whatnot and that layer is probably for a later cycle. But anyway, what I find fun is that I started off with some hurry in the layers, and with the speed variations and other things I find that I'm unable to "hear" the cps changes. I was, admittedly, very distracted by other things while I was trying to do this.

I'm going to try out doing the challenge as a live stream, about 10h from now (that is, 9pm GMT+1, click the video to see your local time), you're welcome to join me.. Feel free to ask general tidal-related questions in the stream chat as well.

Enjoying the ambiguity of that trancey loop at the start that slowly resolves itself in my brain when the break comes in, I think that comes from from syncopation? Then when that loop shifts around halfway through the first part the ambiguity comes back for me for a while, super interesting.

nice! I actually really like the nightcore-vibe of the second half

Hello everyone!
I recorded the two parts in the same audio stream.

Damn I kept seeing this thread but for some reason I just never read it:

First things first, here's my contribution: I just expanded on the stuff I posted in my other thread - I was trying to figure out where I should go from there, and speed changes seemed like a great thing to do!

My patterns are pretty uncomplicated - they translate to the speed changes (I doubled it) pretty well, but I got a bit flustered in the fast bit and felt like I needed to do something quickly... as you'll see I didn't come up with anything bar... slow it down again

The biggest change I noticed at double speed is the bass accents really move to a 2/4 rather than the heavy groove that it starts out with.

Keeping the bass rhythm simple also gave the jux rev function some real value as well I think, it got a double time feel with a significant rhythm variation in the early mid section.

What would I do differently? Be better prepared for the fast section - I did my best to be thinking ahead, but I'm obviously still learning about all the parts that need thinking ahead about

I took a video: 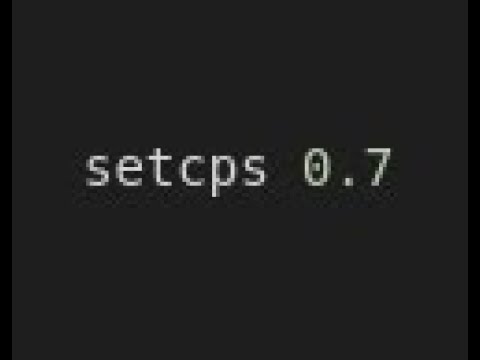 I also tried out the supercollider in-built recorder:

Next up, looking forward to hearing all these other tunes!

Here are my two recordings, both on the same file. They do sound different though being basically the same. I found the second one chill enough to support some pad synths on top, while the first one fits better on a club environment. Next time I won't use such aggressive cowbells on the slower one, I think they are a bit too much for it.

As for the coding experience, recording the first one was more complicated cause I needed to move faster from one line to another, also I was a bit tired and was trying to complete the task before going to sleep.

I'm excited to hear what you all have done and attend to @yaxu 's live stream : )

I really dig the noisiness on the second one! Nice!

Yeah! Dub vibes on the first half are inspiring!

I'm liking your first one. You're getting a lot of variety out of a small amount of code there. Using patterning within a euclid, must remember that trick!

I enjoyed it! With a few adjustments on the second half this could turn into an awesome structure to play with effects and filter sweeps!

very cool, i love both parts. so simple and effective.

Ok here's my effort from the stream earlier:

Will leave it until the morning before I listen back..

I quite like the version at double speed, I think increasing the tempo gave it a different vibe. All previous layers pretty much worked without too many changes, but one in particular did not, and I had to removed it completely. I felt it sounded really bad in the new context, it was just way too fast, but when I tried to slow it down it didn't work either.

What would I do next time? I guess I'd like to be able to achieve smoother changes... Having the piece flow more organically, changing gradually and smoothly... Not sure why but I always have that feeling that things change too abruptly in my tidal stuff.

I started off with a cps of 0.29 and I increased the tempo by 4 times to 1.16. I made use of degrade to reduce the density of sounds with the increased tempo and striate to create some constantly changing textures. So the increase in tempo made me change my thinking from focusing on rhythm to focusing on texture.

Here's my attempt at Challenge 1. I tried to keep the two tracks as one seamless piece. There is a transition at 03:20. The first half before the transition is at 2cps while the second half is at 0.5cps. Also tried to work with panning and degradation of sound.