Hey tidal folks! I've been using tidal for years but haven't been very active in forums or on social media. Tidal is my favorite sequencer ever! I'd like to share some sounds with the community.

TL;DR: I recorded ~1001 sounds using my mostly-analog homemade modular synth and am releasing them for free (creative commons attribution).

They aren't exactly "drag and drop" for use with tidal/superdirt, but you could put them in some folders and load them from tidal. I like to grab a bunch, stick them in a folder, and then randomly play samples like

More info:
Over the years I have spent many hours recording sounds from my homemade modular synth and have loved every minute of it. I have used them in basically all music I've made since 2015! Often they require some tweaking to fit into a mix, but they have been an endless source of inspiration for me.

I'm sharing them with the world because I love these sounds and I want to spread that love. I have benefited so much from the open source community and want to give back! While I'm not much of a coder, I do know how to make sounds. I hope that you'll find some uses for these weird sounds.

I also have more CC-licensed packs here: Samples . I'm not trying to sell these - I just like making and using them and want to share

Thank you so much @beckstrom for providing your huge collection. Just started to explore it. I already can say, I definitely like your drone samples.

I'll try to spend some time tidal-ising these into folders for inclusion into: 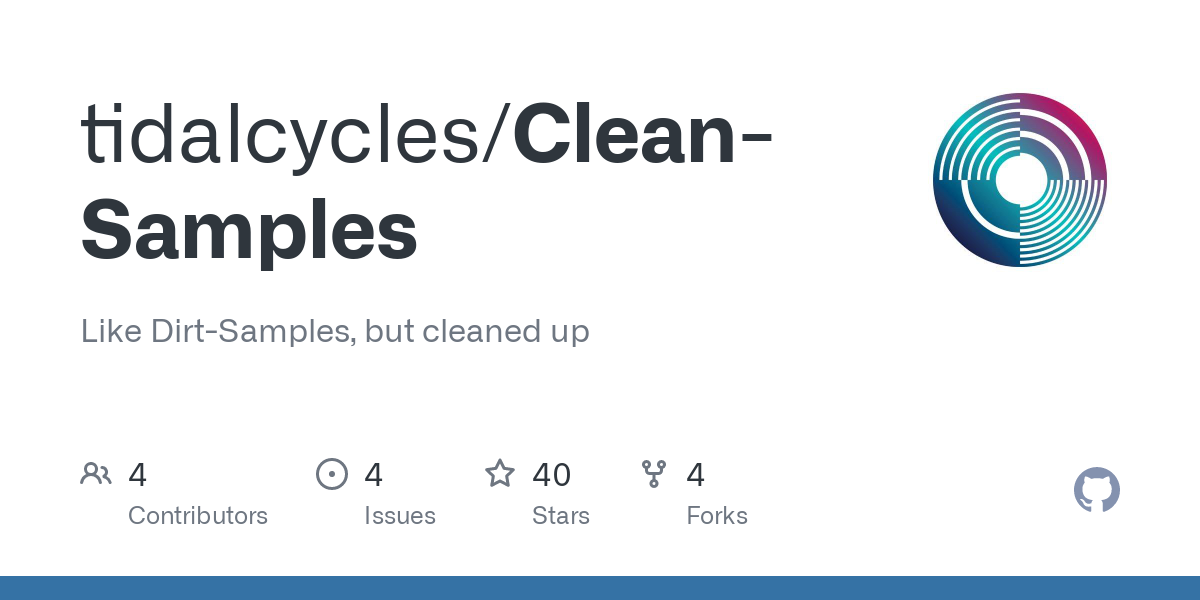