I'm trying to boot SuperDirt, which I haven't done for quite a while, and I get this error:

According to the error log it's from some SynthDef in default-synths.scd, my guess being one of the \in... synths.

It used to work fine. Has something changed?

no immediate idea. You could try to cale the code section by section, maybe you can narrow it down.

Superdirt did get an update recently to 1.7.3, that's the only change I'm aware of

no immediate idea. You could try to cale the code section by section, maybe you can narrow it down.

On what file? I tried commenting some conflicting SynthDefs (e.g. \in) in default-synths.scd but I keep getting the error. If I try to evaluate blocks of code, some of it doesn't work because it needs the ~dirt variable to be set and I can't set it without loading the synthdefs that throw the error. I'm kind of stuck in a loop.

Superdirt did get an update recently to 1.7.3, that's the only change I'm aware of

I tried Quarks.update("SuperDirt") and it posts:

I tried this but didn't work. 1.7.3 is only on development branch, right? I tried switching to it but didn't wokr either. Anyway, I'm not in a rush, just wanted to try some stuff. I can wait for further versions or for it to magically fix itself : ) Thanks for all the input! 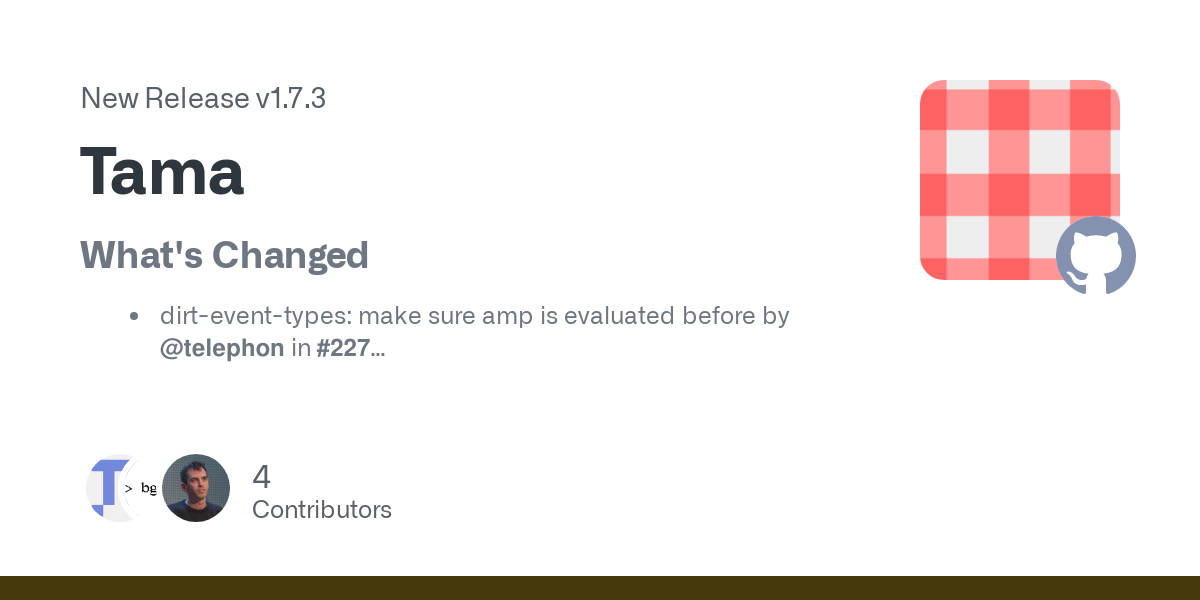 Its a release, been out for about 2 months

It works on SCide... I'm using Emacs with the packages sclang and sclang-extensions. I never had a problem with it. But this seems to be the issue. Just wanted to report.

Thanks again for your kind help.

The problem was coming from my own extention of Array. I had implemented a method named .every. If I get rid of it, it works.

It was working in SCide because I hadn´t loaded my extention there (I'm developing a quark and Emacs uses quarks path in its own way, independently from SCide).